This should have been posted earlier, but the Ides fell on a Saturday this year. Oh well, better late than never... 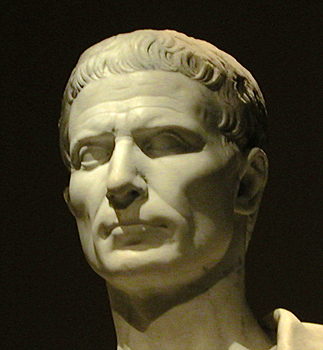 As most of you undoubtedly already know, according to the Roman calendar, the Ides take place every month on either the 15th (March, May, July and October) or the 13th (all others). The Ides of March are the most famous Ides because Julius Caesar was assassinated on the 15th of March, 44 BC.

National Public Radio seems to take the Ides of March pretty seriously, because they have quite a few streaming audio clips in their archives commemorating Caesar's demise.

From the BBC comes lesson plans for Sixty Second Shakespeare and a page from the Sixty Second Times outlining the events of the day!

Photo courtesy of the Vroma Image Archive
Posted by latinteach at 2:13 AM

"Language is an art, and we proceed from art to science, from idiom to accuracy; the idiom, the feeling for a language, is easily taught thus, and accuracy can wait...The process is: first imitation, next imitation with a difference, lastly the use of what has been so learnt."
W.H.D. Rouse and R.B. Appleton on the teaching of Latin.

Visit LIBELLI LATINI if you would like to ensure that the Tar Heel Readers you or your students are reading have been reviewed and approved for correct Latin usage by Latin teachers and professors.

NEED TO LOOK UP A LATIN WORD?

LATIN WORD OF THE DAY